The NMUSAF’s F-82B Betty-Jo was used to demonstrate the postwar Air Force’s long reach, flying nonstop between Hawaii and La Guardia AIrport, New York in February 1947. This nearly 5,000 mile did not represent what the Twin Mustang was operationally capable of, as Betty-Jo had been partially stripped, given extra internal tankage, and was fitted with a quartet of 310-gallon drop tanks for the mission. It did however show that attention was being paid to developing the capability to escort SAC bombers on long range sorties. The P-82 had been designed as an escort for B-29s operating against Japan, but would end up going into service postwar with the task of protecting bombers on missions targeting the USSR. 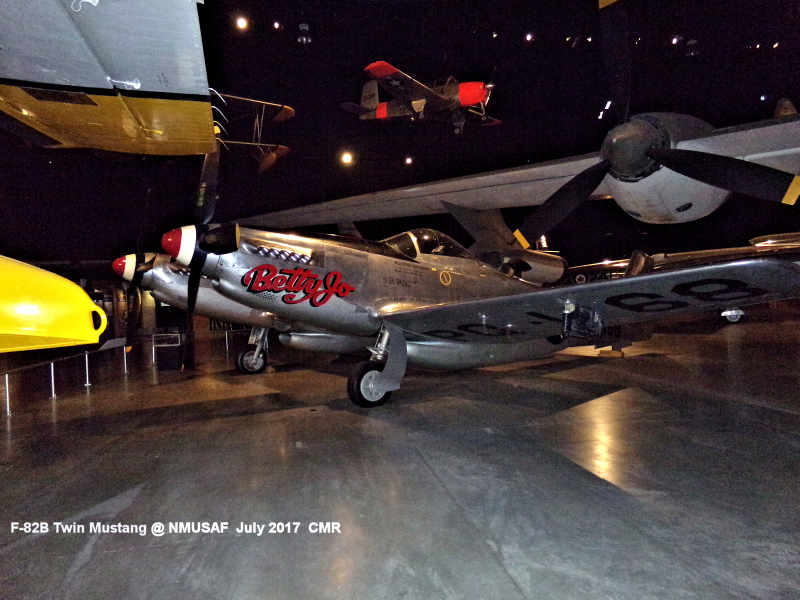 Lockheed C-130 Hercules and Its Variants