The NMUSAF's Canberra had a varied life, starting out as a standard B-57B bomber, and then being employed as a testbed aircraft at Wright-Patterson AFB.  As losses in Vietnam mounted, and with the B-57 production line shut down, the aircraft was refitted for frontline use, going on to  serve with the 8th Bomb Squadron at Phan Rang, South Vietnam between 1967-69.

Upon its return to the US, it was brought up to EB-57B standard to train NORAD crews in dealing with electronic warfafre threats, serving with Air Guard units in Kansas and then Vermont. Returing to the museum in August 1981, it was displayed as an EB-57B for years before being reworked to combat configuration and repainted in camouflage colors. 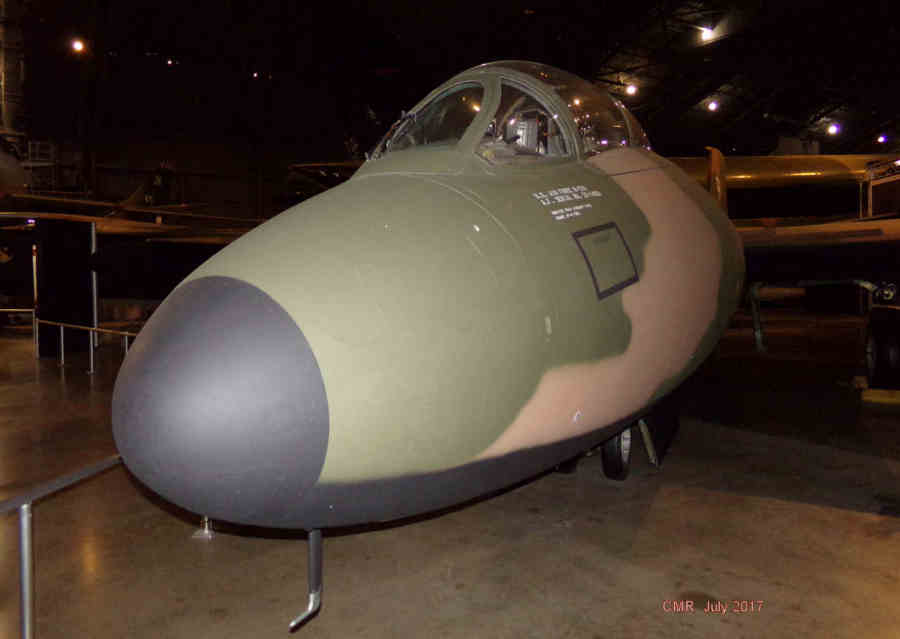