The only Union Pacific Big Boy 4- 8-8-4 locomotive to be preserved east of the Mississippi River, #4012 was at Steamtown's former Vermont site before moving to Scranton, Pennsylvania to become part of the Steamtown National Historic Site. It is seen here in the spring of 2005. 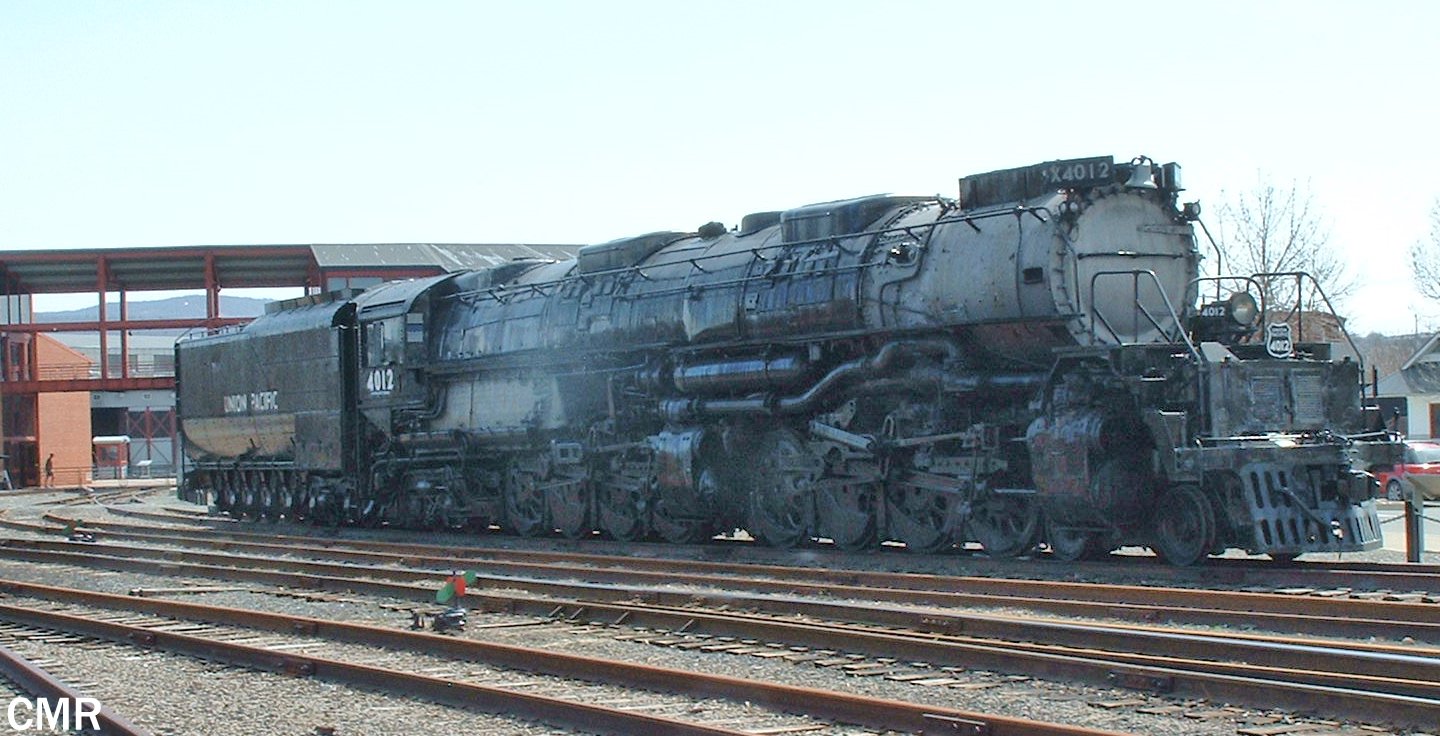 The Big Boy 4000-class was created to move heavy loads over the Wasatch Mountains on the Green River to Ogden line- indeed, the type's intended name was apparently meant to have been Wasatch. Built by Alco, the Big Boy design was an extrapolation of the earlier UP 4-6-6-4 Challenger, with extra driving wheels, a stretched boiler, and a larger firebox. 4012 was one of the first batch of Big Boys, and was built in 1941.

At least at one point, 4012 was considered to be restorable to operation, but it was uncertain wether the infrastructure in the area could handle operations by such a large, heavy locomotive. As it is, it cannot fit on the Steamtown turntable, and is relegated to outside display near the roundhouse.

Disclaimer: charliemikeromeo.com is a  a participant in the Amazon Services LLC Associates Program, an affiliate advertising program designed to provide a means for sites to earn advertising fees by advertising and linking to Amazon.com  As an Amazon Associate I earn from qualifying purchases