Among the earliest USAF Phantoms, the RF-4C was also one of the last, not bowing out of service until the mid 1990s. The original requirement was for an RF-101 replacement, based on the F-110A/F-4C airframe, which at that time had not yet flown. As was typical with tactical recon aircraft, the RF-4C was to have no self defense armament, with the fitting for AIM-7 and AIM-9 AAMs being dispensed with. Without an air/air mission, the F-4C's radar was not fitted, in favor of the AN/APQ-99 - this set had a smaller antenna, allowing a slimmer radome to be used.

Just as RF-4Cs were among the last active USAF Phantoms, they will also be among the final F-4s used as Full Scale Aerial Targets. In April 2013, after having been in storage since 1989, RF-4C 68-0599, still wearing the weathered remnants of a "lizard" camouflage paint scheme, was resurrected for conversion to a QRF-4C, marking the end of Phantom drone conversions.

The NMUSAF's RF-4C is a combat veteran of both Vietnam and Desert Shield/Storm, and was retired to Dayton in May 1994, some twenty-nine years after it was first delivered. 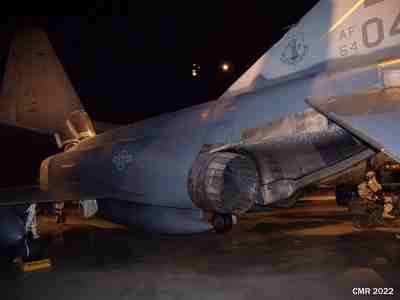 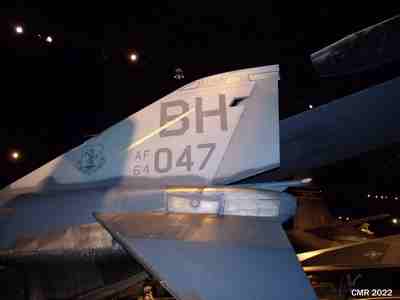 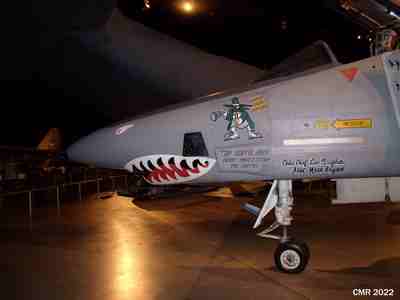 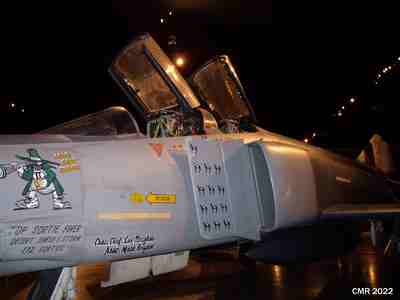 Bill Spidle  "Photo Phantom Phaseout"  Smoke Trails: Quarterly Journal of the F-4 Phantom Society  Vol.6 No. 2 1991  RF-4Cs in the twilight of their service